skip to main | skip to sidebar

Posted by lutvi Posted on 2:02 AM with No comments
images Jay#39;s Buick Rainier

anilsal
Every race is an immigrant for this country(except native americans.)
Infact this country is built up by the immigrants.
Please shut your mouth get the heck out of here.

Good going Shiva. First post and you reply correctly to the opposite side. I do hope that you will continue to support IV at the local state chapter level (start a chapter if it is missing), attend the DC rally and support the cause.

Lawyers told me yesterday (8/14/07) that she got all 4 receipts. All checks were also cashed today.:)

+ve
I received an RFE too,but within 2 weeks of submission of my appln.I have already submitted the reuqested RFE.DO you know whats next?Is RFE a normal procedure?Is there any kind of risks,if you get an RFE?Please let me know.
I guess 13 days after the receipt of notice is a bit too long.I guess you should contact the INS ,incase your RFE notice has been lost or something.

Am quiet certain that an application will get approved even though there is a request for evidence provided you go through a good lawyer with the accurate documentation as requested by USCIS...
Is there any way to track an RFE online?? if yes could you provide me the link..Thanks.

seekerofpeace
VXG,
That validates my reply previously to a posting by a guy who said that he had called up TSC and they said they go by RD...I had asked him to call back after a day and he'd get totally opposite info.

My situation is the same.....I was TSC-CSC-TSC....but I had received an RFE last year.....dunno why will they preadjudicate and then go by ND which is totally non-sense...logic should be that if a case is preadjudicated it should be put on based on PD..

As I said b4 very few transfer cases will ever get approved.....just bid your time...or apply thru EB1 chances are better that way..

apahilaj
Does LUD on I 140 necessarily tie to 485 receipt generation? I don't think so - why would they touch the already approved I 140 case to begin processing 485? Unless I am missing something...

dummgelauft
Even if 1000 of our ~41000 members contribute 100 dollars each, we can host two more events like this.

It makes sense to ask help from outside of the organization only when our internal resources are all exhausted. However, sadly, most of us do not want to even contribute for the good cause. :o

I am not a dornor, BUT, I am going to say this one more time:

It is is high time to make IV a paid subscription site, something as little as $10/year should bring in a STEADY, healthy flow of funds.

I would like to see Pappu's comments on this, once he gets so time off from the avocacy effort.

BTW, I did send in my contribution for Advocacy effort.

jsb
Your PD is not yet current.
If they have issued GC to you, it was a mistake and you should report it to USCIS to avoid future problems.

There were several discussions on this forum about this issue.
Report to USCIS ASAP that you have been approved by mistake.

I thought with PD of 2004 by now you should be well aware of how Visa bulletins work. :confused:
Either you went into hibernation after filing for your GC back in 2004 or you are just faking your profile.

If your PD was current, but they didn't give you a visa, that is a mistake. Why should someone report getting a visa is a mistake? He applied for the visa, he/she got it. Is it his/her job to watch USCIS? What future problems should he/she expect for getting a visa?

Further, it is great mis-impression that everyone who applies for a GC watches visa bulletins, or knows how they work. I for one, knew nothing about visa bulletins, or EB1,2,3 etc. until the Washington rally. When my LC was filed, I only knew that my GC has been filed, and it would take years. At that time, even until recently, I never even expected a GC would come before I would decide to go back. There is a higher percentage of those who don't watch VB than those who do. I know many in my circle, who are waiting for GC but never bother about VB. Some don't even have emails. Perhaps VB watching is more prominent among computer guys.

maddipati1
HEARTY CONGRATS TO ALL OF US AND SPECIAL THANKS TO IV ... We guys have showed that UNITED WE STAND !!!

My request to all of us (potential immigrants), please do not forget this phase. This should always be remembered as our victory with integrity. Even when we become green card holders or citizens at later stage, we should always support a great cause like this. We have to support our fellow immigrants as well.

May God Bless Us All.

What does ROW stand for?

lipstickonuscis
Its ridiculous this dicussion about EB2 and EB3. Our strength lies in numbers, the more we divide ourselves the less consequence we have. 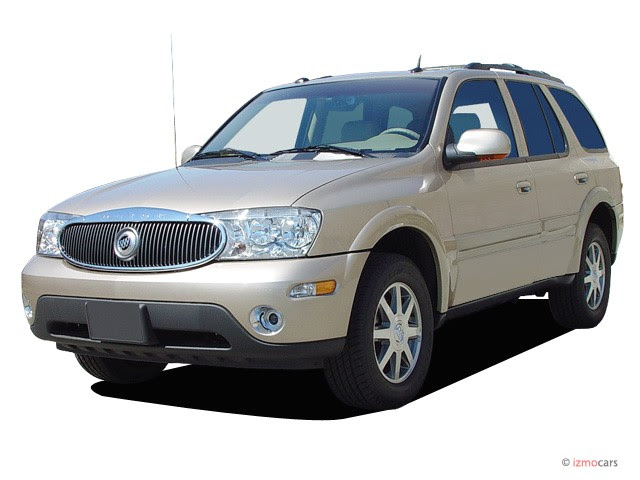 das0
Great question! Actually i do have the same question. Can anyone offer feedback here?

i will call a Immigration Office at USCIS tomorrow on this.

2. If UCSIS get > 20k on April 1 (sunday), 2 and 3, then i guess, all 20k+ numbers with receipt date including that date when USCIS officially announce H1B-US_MS cap reached, will be under random lotter?? 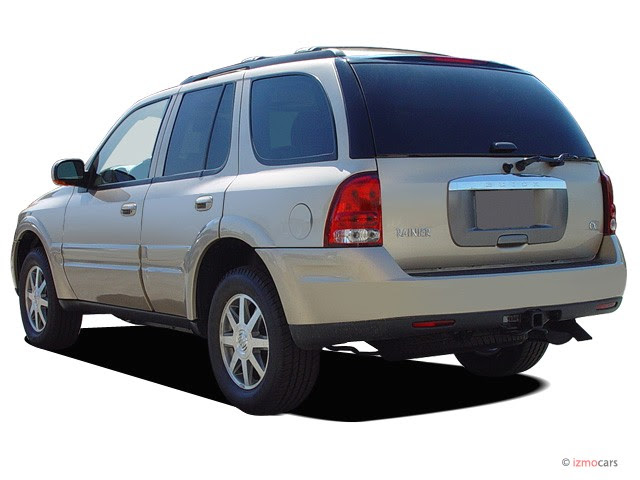 MEMBERS ..YOU GOT TWO WEEKS TO SHOW SOME SPIRITS...CALL YOUR FRIENDS AND FAMILIES...LET'S SEE WHAT YOU CAN ACHEIVE .... I PERSONALLY BELEIVE THAT THIS WOULD BE A TESTIMONY OF OUR SPIRIT TO RESOLVE OUR ISSUE NEXT YEAR... IF YOU CAN MAKE THIS HAPPEN I AM 110% CERTAIN THAT WE WILL RESOLVE EVERYTHING NEXT YEAR....ELSE FORGET GREEN CARD .... PLEASE SIT AT HOME TILL YOUR HAIRS TURNED WHITE AND YOU NEED THOSE EXTRA SET OF TEETHS..... NO ONE CAN SAVE YOU....
CAN U TAKE THE CHALLENGE ?????
bumping up to show how serious my challenge is....

Thank you for your initiative. After the raised and dashed hopes over the past 2-3 months (August, Sept & Oct 2008 visa bulletins) I am BLOODY angry about this RIDICULOUSLY fecked up system!!!!!!!!!!!!!!!!!!! Why the hell am I subjecting myself to this indignity!!

Here is a letter I drafted that I'd like to send to the Ombudsman .. could you'll help me edit/revise the content and also, please provide me with the contact info for the ombudsman?

we could also write letters to highlight this to Congresswoman Lofgren as well as publish it in media outlets?

On behalf of the Indian legal immigrant community in the United States of America, I am
writing to highlight the ongoing egregious inefficiencies in the immigration �services�
provided by the USCIS and the DOS. There have been numerous times when there have been erratic movements in the published visa bulletin dates. As a result the DOS either under- or over-estimates the number of applicants available for adjustment of status. When the date moves forward by too large a window, USCIS tends to approve the more recent applications as opposed to the ones that were filed earlier. Let me explain with an example: in the July 2008 visa bulletin, the cut-off date for the India EB2 category was 01 April 2004. A month later, the cut-off date for Indian EB2 applicants abruptly moved forward two years and was set at 01 June 2006. Instead of approving applicants who applied in 2004 and 2005, USCIS approved applicants from 2006. Where is the justice in that???

1) Extended wait times at each step of the immigration process.
2) Lack of transparency on the part of USCIS.
3) Lost opportunities owing to the lack of job portability during the process (a time period spanning an average of five years, whereas an applicant from any country besides India gets his/her PR card in under two years).

While we are grateful for the opportunity to partake in the American dream, it is ironic that we arrive in America and find that our freedom is shackled � we are bound to our sponsoring employer from the start to the end of this extremely lengthy process. Although legal immigration reform is our ongoing aim, for now, we sincerely request you to investigate the process whereby the monthly visa bulletin is set and to ensure FIFO (first in, first out) adjustment so that those of us who have been waiting longer receive attention prior to those who have applied later.

bugsbunny
its unbelievable what attitude some have on here...many on here are anti-illegal immigration which is understandable...but how can you condone such inhumane treatment...we are not animals...illegals are economic refugees in a way

just cause most of us on here were blessed to come up in decent families who afforded our education...it doesnt give us a right to treat the less fortunate with no dignity...what a shame

always "treat others the way you want to be treated"

Gravitation
Only 19 more needed to score the century!

A century of flowers! 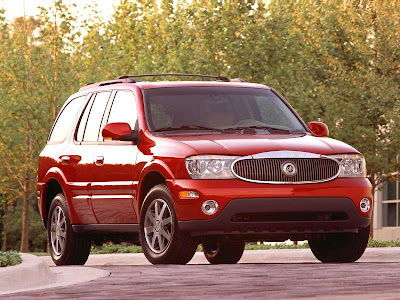 getgreensoon1
It is good idea. And ofcourse better than visa number, EB1/EB2/EB3 and all other crap. Countries like UK, Canada, etc. have similar kind of immigration policies.

Even after having such a relaxed immigration rules, only leftovers go to Canada, UK and Australia.

dvb123
There are various things that can be challenged. Read through this carefully

(A) Except as specifically provided in paragraph (2) and in sections 101(a)(27) , 201(b)(2)(A)(i) , and 203, no person shall receive any preference or priority or be discriminated against in the issuance of an immigrant visa because of the person's race, sex, nationality, place of birth, or place of residence.

(B) 1/ Nothing in this paragraph shall be construed to limit the authority of the Secretary of State to determine the procedures for the processing of immigrant visa applications or the locations where such applications will be processed.

(2) Per country levels for family-sponsored and employment-based immigrants. - Subject to 1a/ paragraphs (3), (4), and (5) the total number of immigrant visas made available to natives of any single foreign state or dependent area under subsections (a) and (b) of section 203 in any fiscal year may not exceed 7 percent (in the case of a single foreign state) or 2 percent (in the case of a dependent area) of the total number of such visas made available under such subsections in that fiscal year.

(3) Exception if additional visas available. - If because of the application of paragraph (2) with respect to one or more foreign states or dependent areas, the total number of visas available under both subsections (a) and (b) of section 203 for a calendar quarter exceeds the number of qualified immigrants who otherwise may be issued such a visa, paragraph (2) shall not apply to visas made available to such states or areas during the remainder of such calendar quarter.


Department of state is allocating the annual Employment based quota of 140,000 plus some leftovers from previous years into three calendar quarters. However the law said only this about a calendar year

(3) Exception if additional visas available. - If because of the application of paragraph (2) with respect to one or more foreign states or dependent areas, the total number of visas available under both subsections (a) and (b) of section 203 for a calendar quarter exceeds the number of qualified immigrants who otherwise may be issued such a visa, paragraph (2) shall not apply to visas made available to such states or areas during the remainder of such calendar quarter.

There are zillions of things like this we can put in a lawsuit.

jukebox
:DI have just noticed my check got cashed yesterday.:D
Texas service center, application mailed June 30, Received July 2, 10:35 AM
I have also noticed that they are noting SRC *** nos in back of check, I have read my SRC no from online check image and get exact status :
August 10, application received & pending...:)